The German Romantic Road is one of the biggest magnets for tourism in the southern provinces of Bavaria and Baden-Württemberg.

Based (very) loosely on the old Roman route between the participating towns and adding in some stunning medieval locations to the north, the concept of the Romantic Road is a little bit like the British "ploughman's lunch" - a marketing idea which appears to be based on history and tradition but which is actually a much more modern invention.

In the case of the Romantic Road, Germany was desperate to rebuild a tourism industry in the post-war times and the idea of the formal "route" was created in 1950 (not long after the creation of the Federal Republic of Germany and the end of the military-administered occupation). 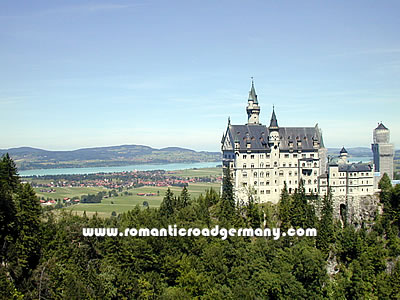 The first visitors were friends and families of the American soldiers stationed in the large bases in Bavaria and Baden-Württemberg but the idea of the trail from Würzburg to Füssen soon became wildly popular.

It's not too hard to see the reason for the popularity - despite the modern roots of the idea, the tour combines the historic cities of Würzburg and Augsburg with the three medieval walled towns of Rothenburg ob der Tauber, Dinkelsbühl and Nördlingen, and then finishes off with the tourist highlights of Neuschwanstein Castle and the Alps.

These days coach parties from all over the world can be seen at the most popular stops along the way, the route signs along the way are in German and Japanese, and in 2010 the Romantic Road celebrated its 60th birthday.

This site is designed for those who would rather explore all or some of the Romantic Road on their own, rather than in a coach party. It is written from an independent viewpoint and is not the official marketing website for the Romantic Road. All of the larger and more popular sights are here (see the navigation off to the right) but also some of the smaller towns and villages that sometimes get lost in the marketing shuffle and the stressful rush from one "ticked" historic sight to another.

Part of the charm of this region is the discovery of walking trails through the vineyards in the Tauber valley or the traditional villages and churches of the Pfaffenwinkel. If there is anything extra you would like to see on this site or any comments you might have - and especially if you would like to give your own feedback once you have travelled all or part of the Romantic Road - please feel free to contact us.

If you have travelled the Romantic Road and are looking for another tourist route in Germany, the German Alpine Road pages on our sister site GermanSights.com may be of interest. And, if you have already explored the Romantic Road, then maybe find out more about another popular destination in southern Germany on our Black Forest Germany site. 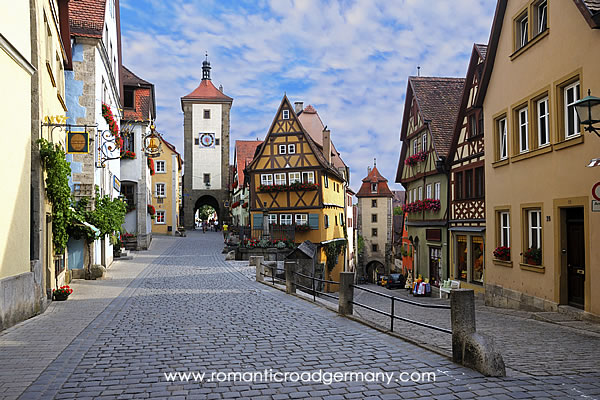