Bad Mergentheim is, as the "Bad" suggests, one of the spa resorts in the southern part of Germany.

It is one of the largest towns in the Tauber valley along with Rothenburg ob der Tauber, which is to the southeast. Further along the valley are the towns of Lauda and Tauberbischofsheim.

As well as the mineral waters, Bad Mergentheim has a rich history connected to the orders of medieval knights. 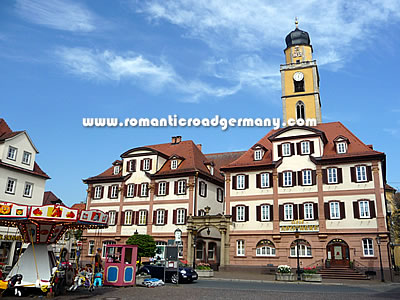 Bad Mergentheim is another of the Romantic Road towns that can trace its days of settlement back before the days of the Romans.

Mergentheim itself was first mentioned in the 11th century (in those days called "Merginthaim") and soon came to prominence with the arrival of three of the most prominent German chivalric orders.

The Knights of St John were the first on the scene at the end of the 12th century and were then followed by the Teutonic Order and the Dominican Order (the first two being religious and military orders and the last a religious order which played a large role in combating what was seen as heresy). 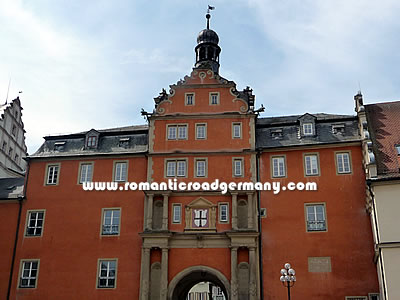 The spa waters were "discovered" in the 19th century and the development of "spa tourism" helped the economic health of the town. Because of the quasi-medical facilities, the town was used as a care centre for wounded soldiers, which helped to save the inhabitants and the historic buildings from most attacks during the Second World War.

These days Bad Mergentheim is the largest spa resort in the state of Baden-Württemberg.